It was highly unlikely that Team SneakerNews would make it through an entire season without taking a loss or two, so it wasn’t a huge shock that we just fell victim to our first L of the year. In a mostly lopsided battle with the first place Duckdown squad, Team SN was handed a 3-6 beatdown for the first bit of tarnish on our previously unbeaten record. The loss bumped us back down to third place, but we will be looking for a quick return to form as we look ahead to our rematch with Antenna Magazine in Week 12 of the FLuD Watches “Barksdale & Bell” fantasy basketball league. Keep reading for a look at the current standings and roster and wish us luck as we look to start a new winning streak this week.

TEAM SNEAKERNEWS WEEK 11 MVP
Eric Gordon – Gordon has been a Team SN MVP runner-up numerous times this season, but now he finally gets his long overdue turn thanks to a monster week that launched him to the #2 rank in Yahoo over the past 7 days.

THIS WEEK’S ADD/DROPS
IN: James Harden
OUT: Andris Biedrins

Posted by Enjoy-articles at 11:19 PM No comments:

Quite a nifty play on words, isn’t it? John Wall’s been living up to that “number-one overall” standard with averages of 15.4 points, 8.8 assists, 3.5 boards, and 1.8 steals per contest. Sneaker News showed you the Reebok Zig Slash ‘Great Wall’ PE that John Wall wore for a few games during the season; it features a sublime graphic on the mudguard, depicting the Great Wall of China with the words ‘Humble’ and ‘Hungry’ written in Chinese dialect. This ‘Home’ based colorway is just one of twelve in existence, so take a look at the detailed shots after the jump and pick up this 1-of-12 Player Exclusive Zig Slash in size 9 from raw-sneaks on eBay.

Posted by Enjoy-articles at 11:18 PM No comments: 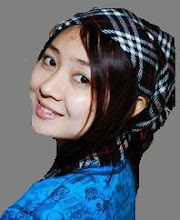